The MPD's South District is again this week advising residents in the Baycreek, Monona Bay and Greenbush neighborhoods that we are seeing an increase in Theft from Autos in your area.  Victim vehicles have been parked both on the street and in private driveways.  Most times the vehicles have been left UNLOCKED, sometimes entry has been forced.

Sometime during the early morning hours on Wed, Aug 20th, someone defeated the door locks on a car parked in the 500 block of Wingra Street (near St. Mary's Hospital) and stole a number of items... including a Glock handgun.   Later on Wednesday morning, a Madison Parks Dept Ranger reported to MPD he found an empy handgun holster near the Vilas Park beach area which was later determined to be associated with the stolen Glock handgun from Wingra Street.  Subsequently, it appears someone is walking around, on foot, in these neighborhoods during the early morning hours commiting these theft from auto crimes.


Below is an information You Tube video put together by MPD staff this week educating residents about Theft from Autos.  If you see suspicious persons lurking about at any time of day, please call 911 immediately. 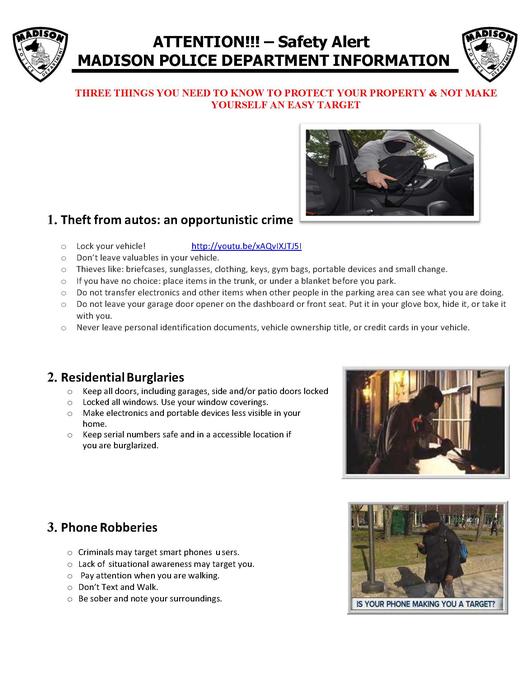