Citizens consistently are interested in more information sharing from MPD, so I will begin trying to share a monthly update on West District MPD incidents.

Officers responded to 4,320 incidents in the West District during the month of September.  This is an average of 144 incidents per day.  Most of these incidents are fairly routine (for example the most common incident type in September was a traffic stop, with 332 incidents).  However there were some significant incidents, including 4 robberies, 4 sexual assaults, and 3 death investigations.

Incidents by day of the week: 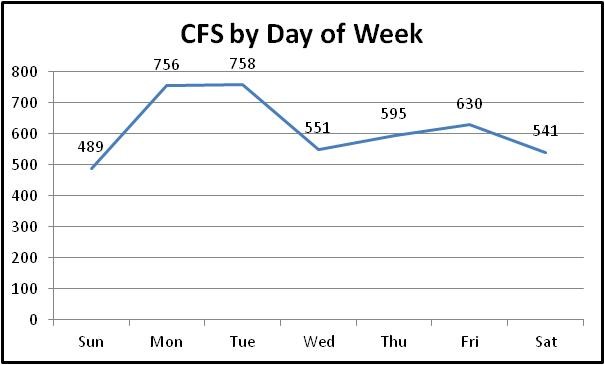 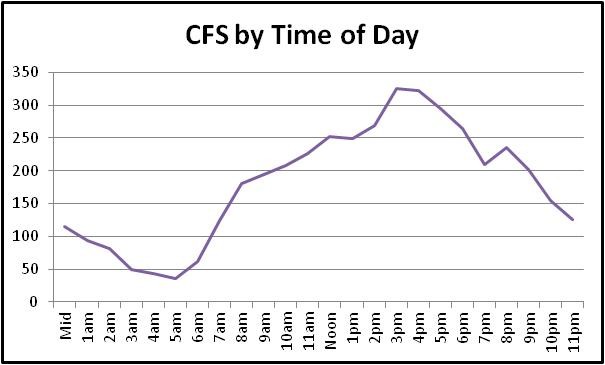 Incidents are up in the West District from 2013: 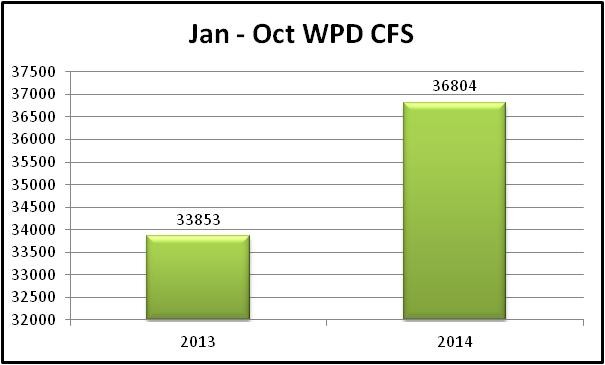