Lisa King, Program Coordinator at the Bayview Community Center, receives five bicycles from Neighborhood Officer Kimberly Alan and Madison Police Bike Recovery Specialist Beck Mugford. The five bikes had been marked for auction after they could not be reunited with their original owners. Instead the bikes will now be ridden by children attending programming at the center whose bikes broke down or were stolen.

Special thanks to the Madison Police Property Department for their hard work in reuniting bicycles with their owners and for diverting these bicycles to help the community's children. 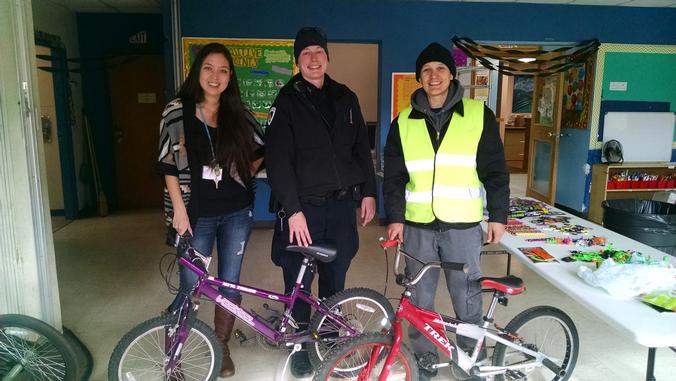