Officer Kraig Knutson starts today as MPD's new neighborhood officer in the Balsam/Russett neighborhood.  This area has been served by a half-time liaison officer for a number of years, but  an assessment of district resources determined that this area would be better served by a full-time position. So, an adjustment was made to accommodate this new assignment (the Tree/Wexford area will no longer have a full-time neighborhood officer assigned, and will instead be served by a half-time liaison officer from the Community Policing Team).

Officer Knutson has been an MPD officer for almost fourteen years, and has worked the last few years as a member of the West District Community Policing Team.  He also served for a year as the liaison to the Balsam/Russett area, so he is familiar with the area and its residents.

The new office is in the Meadowood Shopping Mall, in the 5700 block of Raymond Road. Stop by and say hello! 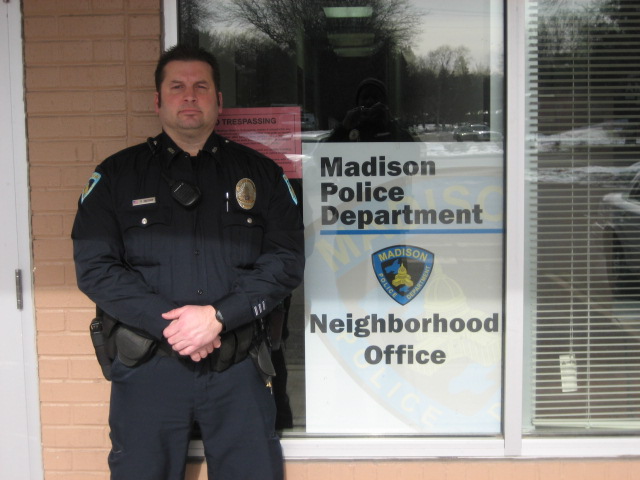