MPD officers responded to a total of 3,725 incidents in the West District during the month of April.  This is an average of 124 incidents per day. 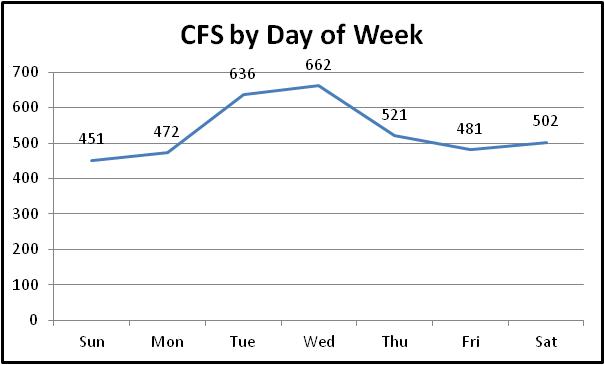 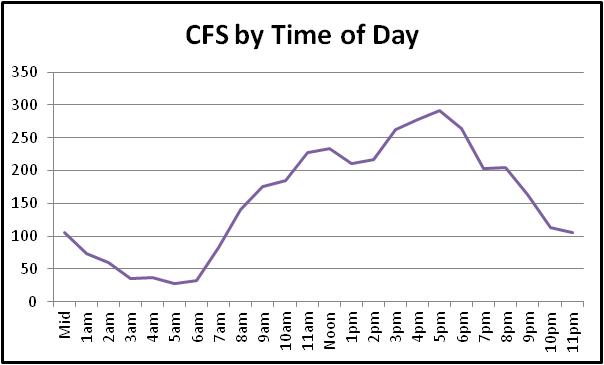 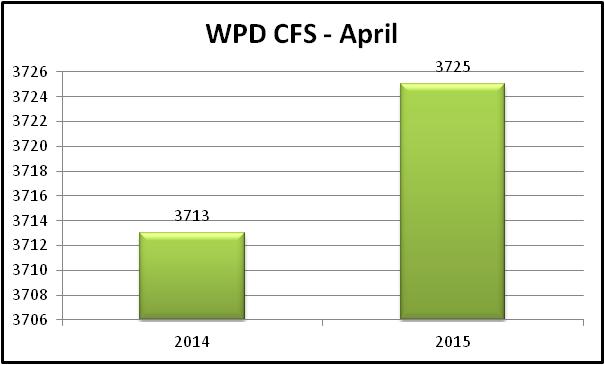 An overview of WPD incidents by month so far in 2015: 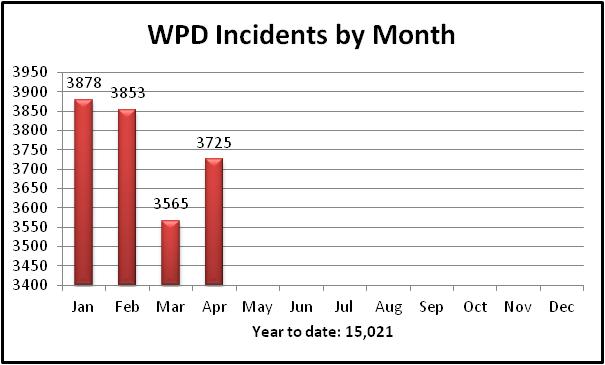 Note:  It is important to remember what an "incident" is.  In most instances an incident is a call for service, where a citizen calls to request an officer for something.  This might be a crime, but many times officers respond to things that are not criminal (traffic accidents, civil disputes, parking issues, etc.).  Also, many self-initiated activities engaged in by officers result in an MPD incident being created.  These include traffic stops and foot patrol.  So, while incidents can be helpful to measure what MPD is doing, they aren't always a great indicator of public safety or quality of life in our neighborhoods.