At approximately 7:57 pm on 9/27/15, Madison police officers were sent to a commercial burglar alarm at Macy's, 702 N. Midvale Blvd, for a report of two burglars inside the store.  Officer Eric Disch and his K9 partner, Jagger, responded to assist with the call.  They are MPD's newest K9 team.

After a perimeter was established around the business, Officer Disch and Jagger, along with several other officers entered the building.  One of the disciplines our K9s are trained to perform is building searches.  The K9s are able to locate suspects inside buildings, whether they are exposed or hidden (for example, behind a door or in a ceiling).

Shortly after making entry, the team encountered the suspects who initially fled after announcements were given.  Officer Disch and Jagger, along with backup officers, tactically cleared the building until the suspects were encountered in a loading dock area.

After the first suspect was located and taken into custody, Officer Disch made another set of K9 announcements which prompted the second suspect to comply and be taken into custody without incident.  The two suspects ended up being juveniles and several pieces of store merchandise were recovered from their backpacks.

This is a perfect example of how the K9s assist our patrol officers in helping make a dangerous situation safer.  In addition, the K9 presence was sufficient to gain compliance with two suspects that may have otherwise continued to flee or fight, putting everyone at risk.  This was the best possible outcome of a high-risk situation and K9 Jagger played a key role in this successful result. 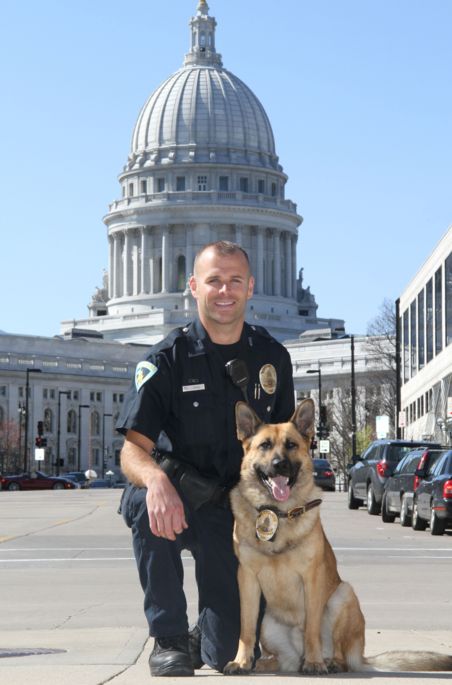