New Team
As I mentioned in the first newsletter of 2012, the South District's Community Policing Team (SCPT) is comprised of all new personnel for 2012.  Through attending neighborhood association meetings, we have had a chance to introduce ourselves and hear some of the police-related concerns affecting the quality of life of residents in South Madison.  This has been huge as our success is largely dependent on the support and involvement of those we serve. 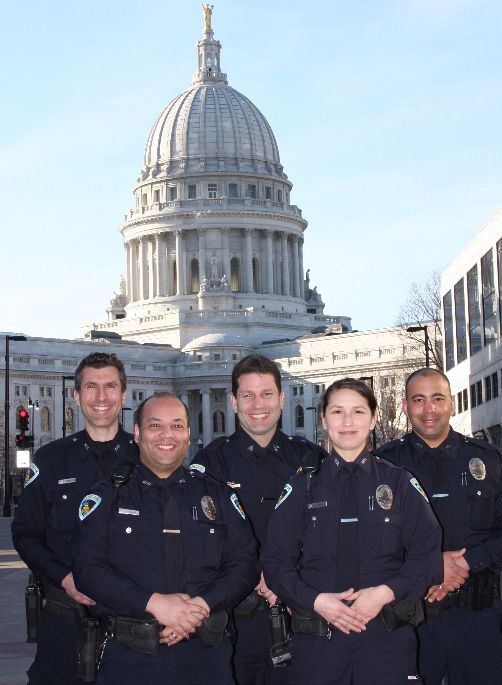 Friends of Olin-Turville (FOOT) is an organization that was recently formed to preserve and enhance Olin-Turville Park off John Nolan Dr.  As you may know, Olin-Turville Park has had a history of illegal activity through the years.  Through the efforts of FOOT, City Parks, and SCPT over the past couple of years (led by Sergeant Jim Dexheimer) the park has been largely "taken back".  To highlight their efforts and promote the legitimate use of the park, FOOT organized a series of 4 concerts and 4 "woods-walks" in May.  These activities were well received and demonstrate how, through cooperative effort, positive change can occur.  If you were unable to make it to one of the events, consider stopping by and taking a walk through the woods – it is well worth your time!

You can learn more about FOOT by visiting their website: http://www.olin-turville.org

As the summer approaches, the SCPT and neighborhood officers are organizing bike rides with interested South Side Neighborhood Associations.  Check with your associations for dates and details.  We hope you make it out with us!

OFFICER ON THE TRAIN

On May 16th, Officer Ed Marshall and TEST officers (traffic enforcement section) took part in a safety program organized by Wisconsin and Southern Railroad Company.  The program involved officers riding on a locomotive to observe first-hand traffic law infractions by motorists that endangered their safety and the safety of others.  When infractions were observed, officers conducted traffic stops on the offending vehicles to raise awareness of train safety and the need to obey traffic laws relating to trains.

At the request of zoo staff, Sergeant Will Quast (3rd detail patrol) and I are working with Vilas Zoo to offer recommendations and develop training that will help staff and officers respond to a variety of potential events within the zoo complex.