Officer Jason Baumgart and I are currently at Shallow Creek Kennels, Sharpsville, PA, going through a six week handlers course getting the Madison's Police Department's two newest canines, Carl, a single purpose bomb dog and, Allied, a dual purpose patrol dog.  This is Officer Baumgart's first police dog.  This will be my second police dog, but first explosive detection dog.

The class began last Monday, March 20th, and will conclude Friday, April 29th.  There are 15 other handlers from all over the Midwestern and Eastern part of the country here for the course and their dogs.  The first two days of class were spent in the classroom, learning everything from the history of your breed of dog, to principles of training, to genetics and drives, to first aid and recognizing symptoms of different ailments the dog may have and treatment for these various problems.  Written tests on covered subject matter are administered each Friday.

Before we first worked with our new partners, we practiced and practiced "dry runs" on automobiles, buildings, and obedience.  We worked on search patterns, to help make the transition a bit smoother when we began working with our dog.  Needless to say, things haven't always gone smoothly and all of this is under the guidance of a trainer.  We receive constructive feedback on everything we do, from leash holding, to footwork, to the tone of our voice when giving commands or praising our dogs.  The training is challenging and rewarding.

The remainder of the week was spent working on narcotics searches for Officer Baumgart and explosive searches for me.  We both also began working on basic obedience with our partners.  One of the challenges I've had is my former partner's commands were in German, both of these dog's commands are in Dutch.  I've inadvertently given several German commands--too much motor memory.  I'm trying to get better every day!

Jason and I will try and provide a weekly update of our progress and experience.  All of the training was on-site this week.  Next week, we'll be traveling to other venues to expose the handlers and the dogs to different environments and challenges. We'll be working on other aspects of our training, building on the foundation of this week.  We're looking forward to it!

I've attached a couple of pictures of the new dogs.  Carl is a German Shepherd and Allied a Belgian Malinois.  Both are just under a year and a half old.  Stay tuned for updates.....Sergeant Jeff Felt 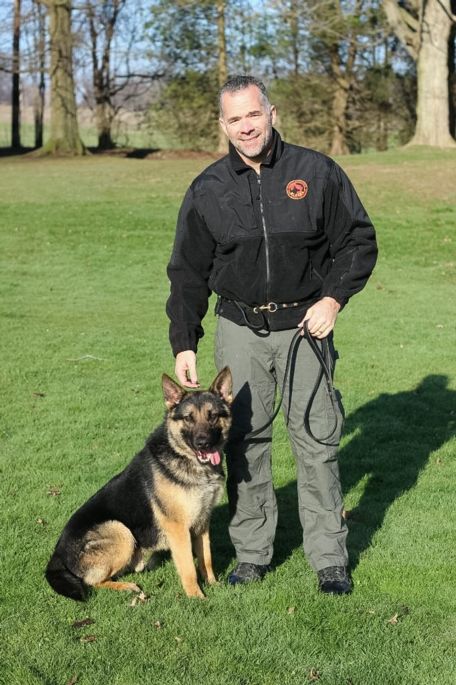 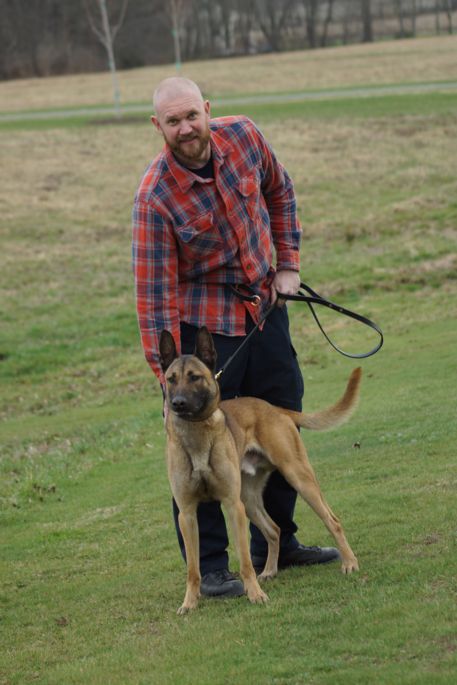