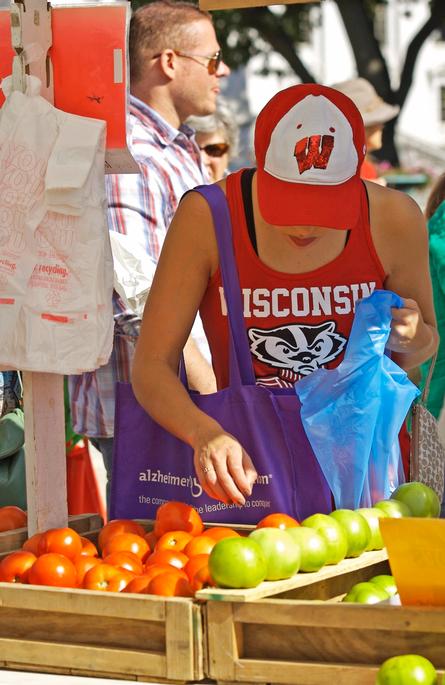 As the weather slowly turns toward Spring, the buzz of activity downtown has begun.

This coming weekend will be a busy time around the Capital Square.

The ever popular Farmers Market and the 32nd Crazylegs Classic event will bring thousands of people together this Saturday morning with a forcast of sunny weather.

"If You See Something, Say Something" Campaign

About the Campaign:
The nationwide "If You See Something, Say Something™" public awareness campaign - is a simple and effective program to raise public awareness of indicators of terrorism and terrorism-related crime, and to emphasize the importance of reporting suspicious activity to the proper local law enforcement authorities. The campaign was originally used by New York's Metropolitan Transportation Authority (MTA), which has licensed the use of the slogan to DHS for anti-terrorism and anti-terrorism crime related efforts.

Should you become aware of suspicious acitivty or items, contact the nearest police officer or call 911.