Officer Jason Baumgart and his K9 partner, Allied, just recently graduated from their 6 week handlers course and another week of in-house training before "hitting the streets."  The team has already had a couple of noteworthy cases in less than two weeks of working in patrol.

The team was utilized for two separate cases of suspected drug trafficking.  The first case required K9 Allied to sniff a vehicle.  K9 Allied alerted on the vehicle where illegal drugs were recovered.  A search warrant for the suspect's apartment was also executed.  K9 Allied was utilized to sniff the apartment where additional illegal drugs were located.  In all, heroin, cocaine, marijuana, and cash were seized during this investigation.

Less than a week later, Officer Baumgart and K9 Allied were called to another traffic stop.  K9 Allied sniffed the exterior of the vehicle, alerting to the odor of illegal drugs in the van.  This sniff allowed a subsequent sniff and search of the vehicle's interior where a kilo of cocaine was located hidden in a container.

Officer Baumgart and K9 Allied's impact are already being felt. 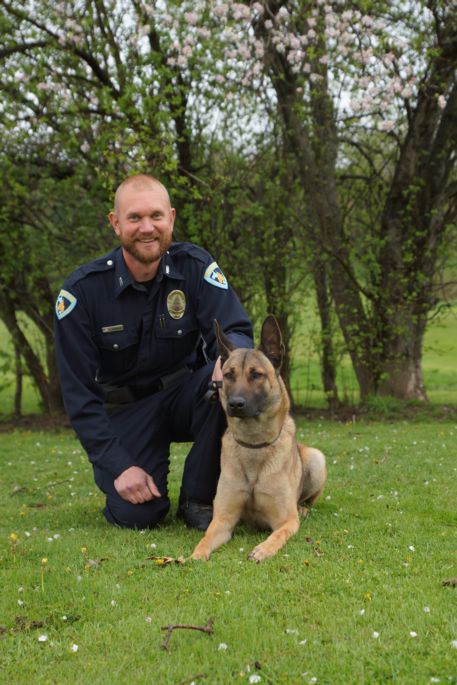