Last evening, Officer Nick Eull and K9 Frees were dispatched to assist with a weapons offense investigation.  What had started out with two juveniles physically fighting in a nearby park escalated into a stabbing.  After the initial fight was over, the juveniles involved returned to the 6700 block of Schroeder Road to continue the fight.  During this altercation, the suspect stabbed the victim once in the back.  The victim was transported to the hospital for treatment of his non-life-threatening injuries.

The suspect was arrested on scene without the weapon used in the attack.  Officers on scene were able to determine an area that the weapon was likely discarded by the suspect.  Officer Eull and K9 Frees were called to attempt to locate this key piece of evidence.

Our patrol K9s are trained to locate evidence.  They do this by sniffing an area for an object or objects that contain human odor.  In K9 Frees case, the weapon had been tossed into a large, thick, heavily vegetated area.  As dusk was falling, Officer Eull had K9 Frees begin sniffing the area in question.  They began on the downwind side of the area, as this helps carry scent to the dog.  In short order, Officer Eull recognized K9 Frees change of behavior as Frees began working a scent cone created by the object.  K9 Frees worked to the source of this scent, alerting on the weapon used in this violent attack. K9 Frees was able to locate this weapon, which was also laying under some vegetation, in about three minutes.

Great work by this team and another example of how our K9 partners compliment the work we do every day. 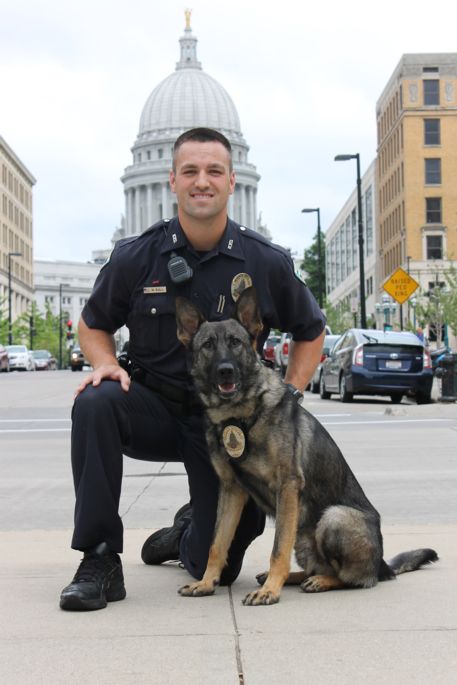