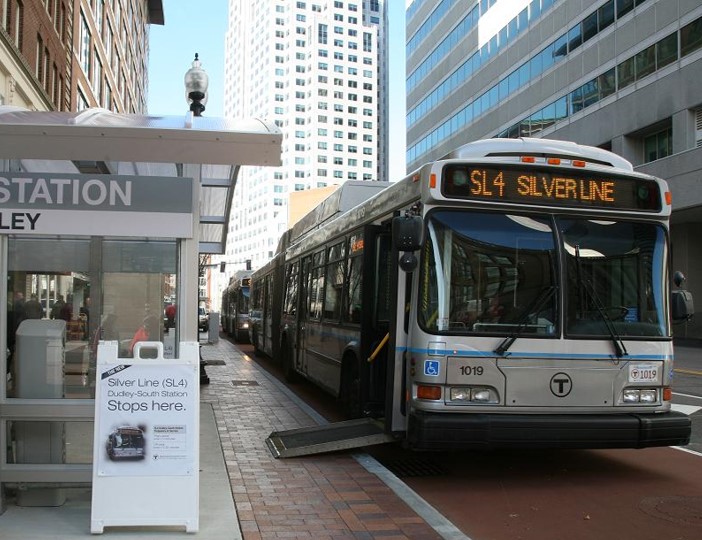 What is Bus Rapid Transit (BRT)?

Why do we need BRT?

Adding BRT into the Metro Transit system will help alleviate passenger overcrowding on the buses, improve travel times throughout the City and simplify the system—to make taking the bus easier and better—helping to prepare for the expected increase in public transit demand over time.

Will BRT allow me to connect with buses traveling beyond the East-West corridor?

What are advantages of implementing BRT, as opposed to other transit investments?

The Madison East-West BRT project is eligible to receive at least 50% of its start-up funding, including the construction of a new bus maintenance garage that would serve the entire BRT fleet, through a grant program administered by the Federal Transit Administration (FTA). The federal program is called “FTA Small Starts”, and the majority of projects funded by the program nationally are BRT projects.

This 50% start-up federal funding for vehicles, BRT infrastructure and maintenance garage would not be available if Metro chose to address the problem by simply adding additional buses to its fleet.

How will this be paid for?

The initial cost of $160 million will be paid for by a combination of federal and local funding sources. The City applied for a Federal Small Starts Grant, which could pay $107 million with remaining $53 million paid for with local sources including the City’s Capital Improvement Budget. BRT fares paid for by Metro Transit customers will be used to offset operating and maintenance costs.

When will service begin?

The soonest BRT service could begin is late 2024. This takes into consideration funding processes, design planning, and construction.

How much will it cost to ride BRT?

It is anticipated that BRT fares will be the same as typical transit fares. Transfers would also be handled similarly as they are today, and people with passes would be able to transfer seamlessly between BRT and local buses.

Why is the first phase of BRT the East-West corridor, when there are many low-income people living on the north and south sides of the City?

The successful implementation of BRT is entirely dependent upon a federal grant, therefore the City must meet certain system performance criteria. The FTA uses existing and projected ridership to evaluate projects, and the East-West corridor performs much higher in that regard with more than 120,000 jobs and 80,000 residents residing within a 10-minute walk of the proposed BRT route. A successful Phase 1 will allow the City to more realistically expand the BRT system over time.

That said, the City still has a strong desire to connect north and south sides to BRT.  During its preliminary BRT planning process, the City identified preferred routes for a Phase 2 North-South BRT extension, essentially connecting the City of Fitchburg to the south, and connecting to the Dane County Regional Airport on the north side.

As part of Mayor Satya’s MetroForward transit investment initiative, a number of improvements are being advanced to immediately address service needs on the north and south sides.  These improvements include more frequent local bus service during evenings and weekends, when many people need reliable access to jobs.  MetroForward also includes free bus passes for youth who need to get to jobs and other activities during the summer months, as well as an increase in low-income bus passes for families.

How many people are expected to use the East-West BRT system?

Projected BRT ridership has indicated that approximately 13,000-14,000 riders would use the service.

What impact will BRT and its construction have on businesses along the corridor?

The BRT line along the East-West corridor and new transit stations will complement downtown business locations and provide opportunities for increased customer traffic. BRT will allow more people to go farther faster, and increase the timeliness of employees who rely on transit. Businesses along the corridor will be engaged throughout the design phase to ensure business needs, such as efficient loading and unloading, are met and that construction does not negatively impact business. On-street parking, which is utilized by customers of some businesses, may be impacted in parts of the BRT East-West corridor. Parking impacts will be evaluated in the next phase of BRT project development.

Why is center running being considered for East Washington and Mineral Point?

East Washington and Mineral Point both have adequate right-of-way to accommodate BRT stations in the center of the street. When compared with side running BRT, center running is considered to be faster and more reliable due to fewer conflicts (bikes, turning vehicles, parked delivery trucks) and consequently is more attractive to transit riders.

How frequent will BRT service be?

How will BRT alleviate congestion along the corridor?

One of the key benefits of BRT is that larger buses travel in dedicated lanes where possible, which will improve traffic flow for drivers. Increased BRT and bus ridership will also decrease the number of drivers in the corridor, helping to mitigate increasing roadway congestion.

How will the changes to the corridor benefit cyclists and pedestrians?

Bicycle connections and pedestrian walkways will be enhanced throughout the corridor, both along and crossing the corridor. These improvements will be necessary in order to improve and support safe access to the BRT stations on both sides of the roadway. Details of these enhancements will be evaluated during the BRT project development process.

Will BRT be extended to the surrounding suburbs?

The East-West BRT line will connect to existing Metro service to Middleton. Without the ability to establish a regional transit authority, which would provide the mechanism for municipalities to work together to plan and fund a regional transit system, the extension of BRT routes will have to be negotiated and paid for by the individual communities in the future.