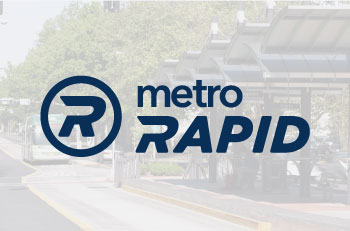 The City of Madison is working to implement a Bus Rapid Transit (BRT) system as part of an effort to improve its existing transit system and reduce travel times across the region.

The proposed BRT will include an initial corridor that will operate east/west through Madison's downtown and the University of Wisconsin campus areas.

On Thursday, October 28, staff presented information about the downtown segment of the upcoming bus rapid transit line including station locations.

View recordings of all other past meetings and see estimated future engagement opportunities. 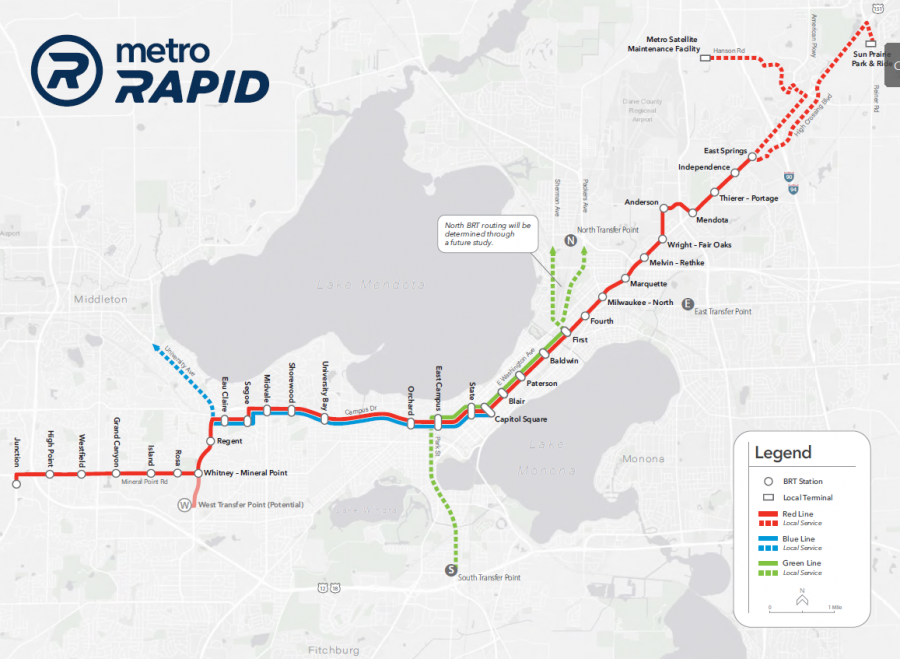 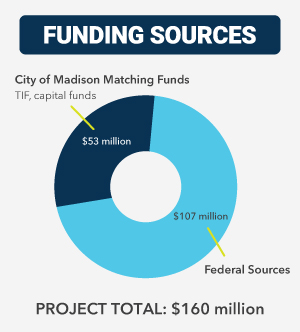 The revised LPA will run along East Washington Ave., around the Capitol, through the University of Wisconsin-Madison (UW-Madison) campus, continuing west on University Ave. and Mineral Point Rd., to the West Towne Mall.

This alignment is approximately 15 miles in length and will connect key activity centers such as Madison College, Downtown Madison, the UW-Madison campus, the Capitol and government buildings, and major employers located throughout the corridor, including CUNA Mutual, University Research Park and several shopping centers.

The LPA includes 31 station locations and the 60-foot buses will run in a combination of dedicated lanes and mixed traffic with priority at traffic signals and stations.

The Small Starts Program is a competitive grant program supporting rail and other fixed guideway transit systems, including BRT. Acceptance into the program authorizes the city to proceed into Project Development, the more detailed planning process required for the implementation of the East-West BRT system.

The goal of the Madison East-West BRT Project Development process is to develop the detailed design and engineering for routes, stations, and operations.  It will also analyze a few remaining route alternatives including center running on East Washington Avenue and Mineral Point Road, as well as refine the station locations.

Construction is expected to begin in 2023 with a targeted start date of Fall 2024.

For new meeting updates and the latest information on the Madison East-West BRT Project Development Project.