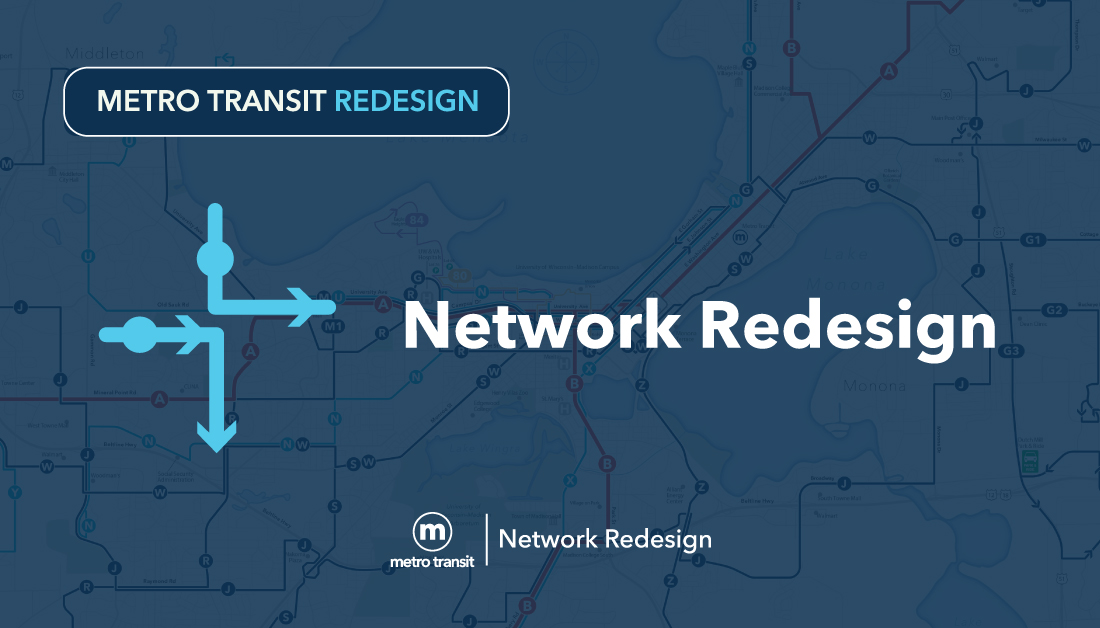 On Tuesday, May 31, Metro Transit and the City of Madison Transportation Policy and Planning Board (TBBP) held a public hearing to discuss the proposed network redesign expected to go into effect in June of 2023.

A public hearing was held on Tuesday, May 31 in front of the Transportation Policy and Planning Board to discuss the proposed redesign.

The Board will reconvene on Monday, June 6 to deliberate and vote on the proposed plan and recommended package of amendments.

For the past year, Metro Transit staff have been working on a complete redesign of Metro’s service to make it more equitable, more efficient, and more effective at getting people where they need to go. It also prepares Metro service for the implementation of a bus rapid transit system (BRT) in 2024.

In addition, the redesign aims to address a number of concerns and complaints of Metro’s current service that have been relayed through the years including:

Metro has put forward a draft plan and has been collecting community input since February on what works and what might need to be changed.