They say a picture is worth a thousand words. . . Last night around 8pm, juveniles stole a car and crashed it in the South District near Moorland/Foxwood area.  Please see our news release for further details.  For reasons beyond comprehension, no one was injured or killed, thankfully.  So often we read of these stolen autos and sum it up to another instance without thinking about the crash and those effected.  Those involved were 14 years old or younger.  In reviewing this picture, think about the following:  1) the speed they had to be traveling on a residential street, 2) rolling a car as a 14 year-old and during those 2 seconds seeing your life flash before you 3) the owner's reaction (which we observed upon coming to the scene) to their car being stolen and totaled 4) the insurance and rental car hassle 5) the innocent van parked legally on the street, totaled as well 6) frustrations in not having a vehicle for work and appointments.  So much more goes into "another stolen vehicle" than you may think.  The residents near the crash scene came out to express their frustration with stolen autos and crazy driving, to which we took note.

The Officers and Sergeant on scene did a remarkable job immediately catching the suspects.  We got lucky last night in that no one was injured or killed and that the suspects were detained immediately. 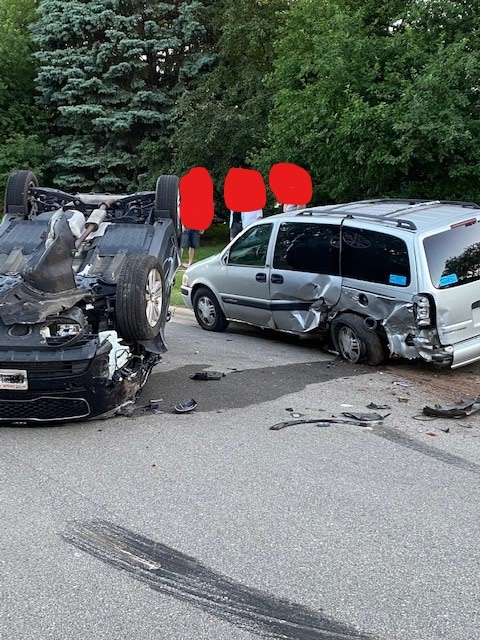