In 2020, the South District Community Policing Team (SCPT) will be comprised of four officers and one sergeant. The main task of the South CPT is to help the district attain a variety of short and long-term goals. Some days this means supplementing patrol by taking calls for service on a busy afternoon and other times it means engaging in long-term projects aimed to eliminate problems identified in the neighborhoods that make up Madison's Southside.

These problems are identified in a variety of ways, but a majority come directly from the community. Residents, property managers, businesses and stakeholders are most often the ones to bring issues forward. Each CPT officer is a liaison to a particular neighborhood in the south district. This allows officers to develop relationships with community members and connect them with a face and a name. Team members meet with managers of larger properties in the district to check in and coordinate problem-solving efforts. CPT officers attend numerous community meetings, such as the listening sessions at Badger Rock Middle School, BLW (Bridge Lakepoint Waunona), Thanksgiving and weekly meals, and many summertime picnics across the district.

One of the most vital roles the South CPT plays is to supplement patrol services. The team is not primarily focused on responding to incidents, so it has the ability to help relieve the heavy workload placed on patrol. CPT officers often assist with follow-up on cases that patrol is unable to complete due to high call volume, work hours or days off.  The team is also able to engage in long-term problem-solving efforts to improve neighborhoods and address district issues. This work might include spending hours watching an area that has generated complaints for the public or addressing traffic/safety concerns. All of the district community policing teams are also called on to assist with citywide events (student marches, football games, etc.) or assisting units like SWAT or other District CPTS.

If you are a south Madison resident (south of Monona Bay/Haywood Drive, east of Yahara River/Lake Waubesa and west of Seminole Hwy) and you see an issue in your neighborhood, please feel free to reach out. You will find the team members and the neighborhoods they are assigned to on the MPD website. It is a diverse team, with many team members involved in several other department programs. You may see a team member flying one of MPD's drones, one working on the Special Event Team (SET) during major Madison events, or one training new officers. 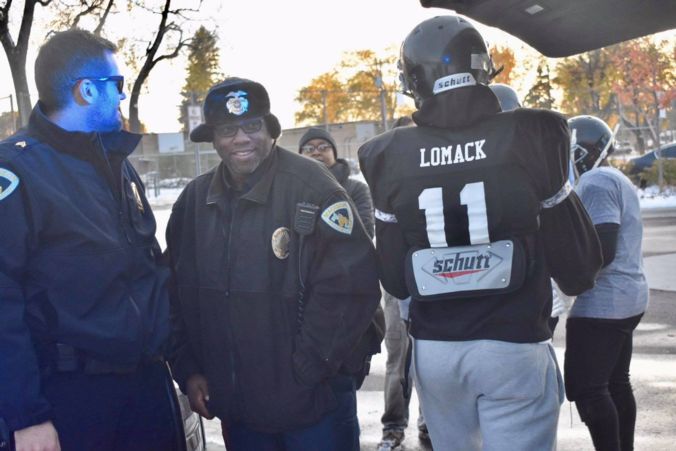 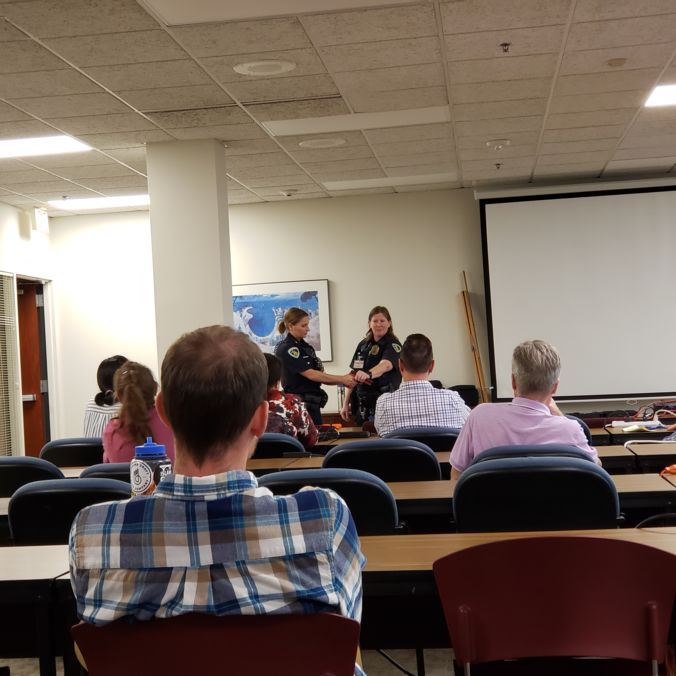 SOUTH: Domestic Disturbance – 12:27 a.m.  Officers responded to a rolling (subjects in a vehicle) domestic disturbance between two subjects (female victim and 24-year-old male suspect).  The victim reported being hit in the face multiple times by the suspect as they were driving on I-90.  The suspect took the victim's phone which prevented her from calling 911.  The suspect was arrested for battery, domestic disorderly conduct, intimidation of a victim, 2nd degree recklessly endangering safety and a probation violation.

NORTH: Domestic Disturbance – 5:59 a.m.  Officers responded to a North district residence for a domestic disturbance between two subjects (male victim and 21-year-old female suspect).  The suspect threw items at the victim, striking him and causing visible injury.  The suspect was not on scene when officers arrived but was located and arrested for several domestic-related charges.

SOUTH: Domestic Disturbance – 10:20 a.m.  Officers responded to a South district residence after the homeowner requested to have her son removed from the home.  No legal grounds were established to require the son to leave the residence.  When advised of this, the homeowner/female suspect became upset.  Officers disengaged at that time but were called back a short time later when the suspect called in a battery complaint against her son.  The female suspect was found to be the primary aggressor and she was arrested for domestic disorderly conduct.

NORTH: Juvenile Arrests – 11:15 a.m.  Officers responded to a report of a stolen vehicle.  The vehicle was left running and unoccupied.  The stolen vehicle and occupants/suspects were contacted.  The two suspects (15-year-old males) were arrested for operating a motor vehicle without consent and conveyed to the Juvenile Reception Center.

CENTRAL: Domestic Disturbance – 12:23 p.m.  Officers met with a male victim who reported a disturbance involving two roommates/suspects (20-year-old male and 23-year-old female).  A verbal altercation led to a physical disturbance.  The victim was struck in the head with a tire iron.  The suspects fled and were not on scene when officers arrived.  Attempts were made to contact the suspects without success.  Probable cause was developed to arrest/charge the suspects (domestic disorderly conduct charge for the male suspect; domestic 2nd degree recklessly endangering safety, battery, disorderly conduct while armed and two counts of bail jumping for the female suspect).

MIDTOWN: Disturbance – 5:01 p.m.  Officers responded to a report of a disturbance between two subjects (female victim and female suspect – both juveniles).  The victim was physically assaulted by a suspect on a city bus; witnessed by the bus driver.  The suspect got off the bus and fled.  Investigation continuing.

CENTRAL: Aggravated/Substantial Battery – 6:52 p.m.  Officers met with a male victim who reported being physically assaulted by a male suspect.  The victim sustained visible injuries which required stitches. Identification of suspect being worked on.  The victim was medically cleared and conveyed to jail to post on two pending ordinance citations from previous incidents.  Investigation continuing.

CENTRAL: Adult Arrested Person – 7:35 p.m.  Officers responded to Coopers Taverns on W. Mifflin St for an intoxicated subject/suspect (63-year-old male) who refused to leave the premises when asked by staff.  The suspect was contacted and arrested/charged for disorderly conduct, bail jumping and trespassing.

WEST: Information/Check Person – 8:39 p.m.  Officers made contact with two subjects after the complainant called 911 with concerns for one of the subject's safety.  Fitchburg PD assisted.  There was little cooperation from the subjects.  No charges substantiated at this time.  Investigation continuing.

NORTH: Stolen Vehicle – 12:02 a.m.  Officers responded to N. Sherman Avenue for a report of a stolen vehicle.  Attempt to locate aired.  The vehicle was observed by Sun Prairie PD and Middleton PD but did not stop when traffic stops were initiated.  The vehicle was entered as stolen in the appropriate databases.  Investigation continuing.