I have just learned that the MPD has been selected as one of seven finalists for a prestigious international award. This is the second time in recent years the Center for Problem-Oriented Policing has recognized the MPD as finalist for the Goldstein Award.

It "recognizes innovative and effective problem-oriented policing (POP) projects that have achieved measurable success in resolving recurring specific crime, disorder or public safety problems faced by police and the community," according to the organization's website.

The MPD's submission is the Broadway Simpson Project, created by recently-retired Sergeant Jim Dexheimer. There was a time when the once infamous neighborhood was one of the most challenged in the City of Madison. It took many years, but overtime officers, public health nurses, building inspectors, church groups, worked hand in hand with many great community partners to reduce density and transform the neighborhood into a safe place to live and play.

The MPD was also Goldstein Award finalist in 2008. The project that garnered the honor that year had to do with the transformation of State Street's Halloween party, now known as Freakfest.

Other finalists this year include:

The MPD, and other finalists, will make project presentations at the 24th Annual Problem-Oriented Policing Conference to be held in Dayton, Ohio in early October. The winner of the Goldstein Award will be named following the presentations.

The award honors UW-Madison Law School Emeritus Professor Herman Goldstein, who conceived and developed the theory of problem-oriented policing.  Professor Goldstein continues to work with police officers around the world and push forth POP ideals.

Officers who served in the Broadway-Simpson Neighborhood pictured below (left to right), along with the years of their assignments: 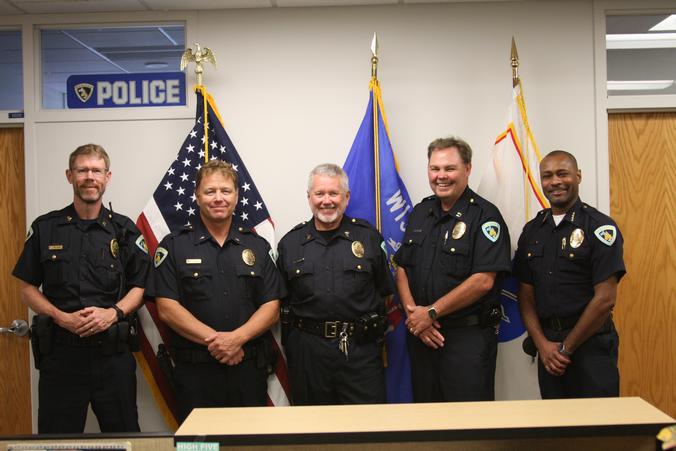