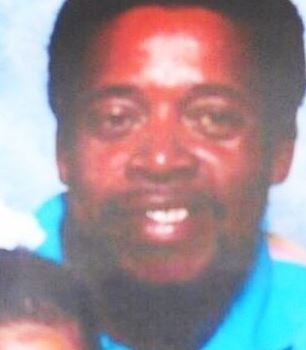 Yesterday, I spent a part of my day discussing one of our unsolved homicides with one of our Detective-Sergeant's assigned to the Violent Crimes Unit (VCU).  Tuesday (8/22) marked the anniversary of the homicide death of a 65-year-old victim, George L. Thomas.  Thomas, a father of three, was disabled and known to friends as "Pops," "Jody," and "Tire Man."  Thomas was found dead inside a room of the Kings Inn, 915 W. Beltline Highway.

I called one of George's son's (Anthony) as well as a close cousin (Frank).  After again discussing the sad circumstances that took the life of a treasured family member, they wanted to make sure that we have not forgotten and are still committed to finding whomever was responsible for killing George.  I told them that MPD remains committed to bringing justice to Thomas and his loved ones.

As I have stated in the past, there is legislative wisdom when public policy makers determined that there should be no statute of limitations as a bar to prosecuting homicide cases.  Similarly, when asked what "shelf life" should be granted to various historical paper products that the Department has generated over the years, I instructed staff that unsolved homicides would be kept in perpetuity--or until solved.  It is only fitting that justice--while it may be delayed in some instances--should never be denied.

Thus, we thus raise public consciousness to yet another unsolved homicide.  We believe that there are people in the community who may have information or unique knowledge of George Thomas's homicide but have yet to come forward.  So as we reflect upon the 10th anniversary of George's death, we urge anyone with information to contact Madison Area Crime Stoppers at (608) 266-6014 or www.tipsubmit.com.  Those providing tips can remain anonymous and may be eligible for cash rewards.

1) WEST: Missing Juvenile/Runaway – 8:46 a.m.  Officers responded to the 6400 block of Offshore Drive for a report of a missing juvenile (17 year old AAM).  The mother of the juvenile reported that her son has been missing since the end of July.  The juvenile has disappeared for significant periods of time in the past and has been seen at football practice recently.  It is believed that the juvenile is staying with unknown friends.  There are no medical or mental health concerns for the juvenile.  Attempt to locate was aired and the juvenile was entered as missing into the appropriate database.

2) CENTRAL: Exposure – 11:00 a.m.  Officers responded to the bike path at Monona Terrace for a report of a 20-25 year old AAM exposing himself.  Officers checked the area and the subject was not located.

3) WEST: Sexual Assault of a Child – 1:38 p.m.  Officers responded to a call reference a sexual assault of a child complaint.  The father of the victim (3 year old WF) reported that his daughter disclosed an assault that occurred at her daycare.  The father took the child to the hospital for an evaluation.  Daycare staff was made aware of the allegation.  The suspect (49 year old WM) from the daycare was placed on leave pending the investigation.  Child Protective Services is plugged in.  Investigation continuing.

4) NORTH: Armed Robbery – 3:07 p.m.  Officers responded to Trailsway/Monterey Drive for an armed robbery that had occurred 30 minutes prior to a call to the police for assistance.  The victim (55 year old AAM) reports that the suspect (who he knows but has limited identifying information for except for a MW and a first name) called him a derogatory name and told him to "give me what you got" while displaying a handgun.  The suspect took money from the victim's wallet and fled.  The victim decided to stop cooperating with the investigation.  Suspect was not located.  Investigation continuing.

5) NORTH: Adult Arrested Person – 5:18 p.m.  A traffic stop was conducted for a vehicle speeding and two occupants from the vehicle fled.  One of the suspects (28 year old AAM) was apprehended and arrested for obstructing, possession of marijuana repeater, probation violation, identify theft and financial transaction card crimes.  The driver of the vehicle (33 year old AAF) remained with the vehicle during this incident.  She was issued several traffic citations.  The second subject/suspect that fled has yet to be identified.  Investigation continuing.

6) NORTH: Armed Robbery – 8:27 p.m.  Officers dispatched to the 2700 block of E. Washington Ave where a clerk of a store/victim (19 year old WM) reported that a suspect (32 year old AAM) came into the store and concealed a bag of chips and then proceeded to leave the store.  The clerk/victim attempted to intercede and the suspect displayed a knife, grabbed the victim and made stabbing motions.  The suspect left the area.  The officers identify the suspect via video surveillance.  The suspect was located and arrested.

8) SOUTH: Missing Adult – 9:30 p.m.  Officers responded to the 1000 block of W. Badger Rd for a report of a missing subject (23 year old AM) who has not been seen since 8/21 which is very uncharacteristic for him.  Attempt to locate aired and the subject was listed as missing in the appropriate database.  Investigation continuing.

9) EAST: Missing Juvenile/Runaway – 11:34 p.m.  Officers responded to Maple Avenue where a 17 year old WF was reported missing by her mother.  The juvenile is believed to be with her boyfriend.  There are no immediate medical or mental health concerns for the juvenile.  The juvenile has left the home before.  Attempt to locate was aired and the juvenile was listed as missing in the appropriate database.

10) CENTRAL: Strong Arm Robbery – 3:06 a.m.  Officers responded to N. Henry Street for a report of a strong arm robbery.  3 males explain that they are in town for a conference and were drinking at a local establishment when they get into an argument with the suspect (40-50 year old AAM).  The suspect leaves the establishment and when the 3 males leave to return to their hotel they notice the suspect following them.  Another argument occurs and the suspect leaves the area again which is when one of the 3 males realizes his phone is missing.  A call to the phone missing reveals that the suspect has the phone.  An arrangement is made to meet the suspect to exchange the phone for money.  As they all meet again, the suspect grabs the victim's wallet, removes money and runs.  The phone and the wallet are recovered.  Investigation continuing.