The City of Madison Police Department employs a range of 58-62 school crossing guards (this number includes both permanent and on-call guards) and currently covers 54 corners throughout the City of Madison.

Our crossing guard team is made up of a diverse group of individuals; some are retired, others have school-aged children, some are grandparents, while others have no children of their own. For some, this is their only job, while others combine this with other employment.  All crossing guards work the AM/PM shifts so they have a little break in the middle of the day. Their schedule follows the school calendar (including summer school programming) which allows them to have weekends, holidays and most of the summer off!

A few words come to mind when describing this amazing group of folks: responsible, punctual, caring, assertive when necessary, friendly, outgoing, and professional in their actions, as well as having a wonderful ability to multi-task and a great sense of humor!  They also have a true love of children and a strong commitment to safety.

If you were to ask them about their jobs and what they feel is the best part, I'm betting most of them would say that it is the intangible rewards they receive that keeps them motivated and excited to show up for work each day, despite all of the byproducts as Wisconsin weather.  "Rewards" include things like a random passerby or driver stopping to tell them personally how much their daily wave and smile means, or someone dropping off a steaming hot cup of coffee or cocoa on a bitter cold day, a homemade treat, a drawing from a young student to hang on their refrigerator, or a student who is moving on to high school who writes a letter to tell them just how much they've impacted their life, or a child too young for school who has a "vest and a mini stop sign" because he wants to be a crossing guard, too.  Our crossing guards truly become a deeply rooted part of the community which we serve.  These intangible rewards mean more than any paycheck to these venerable guardians to our youth! 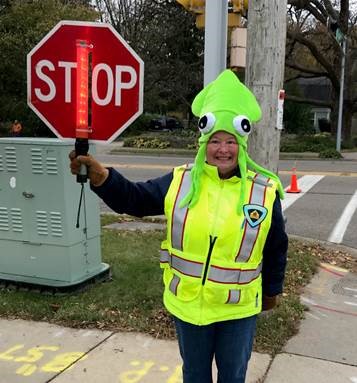 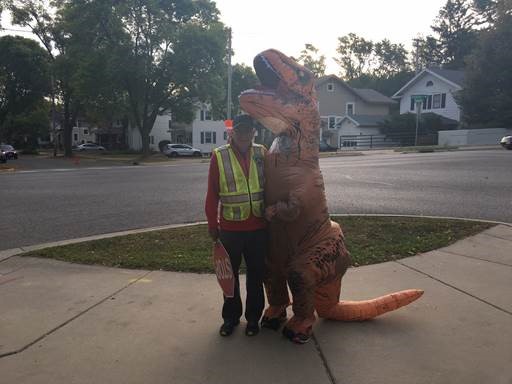 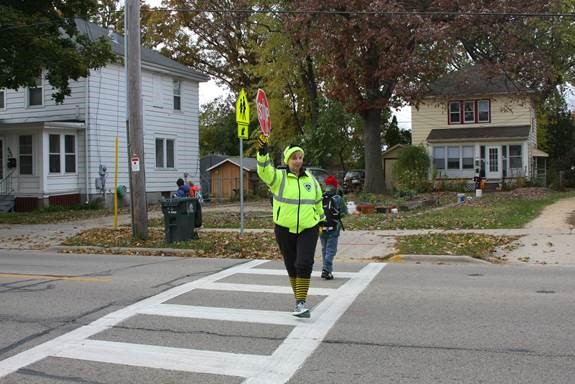 To further break down the 577 calls for service for the past 24-hours this is how the calls came in per district: Central (136), East (93), Midtown (90), North (68), South (60), West (80), and Other (50).  Other=these are calls for service that either do not have a sector listed or the sector is not in the City.  For example, if one of our officers assists another law enforcement agency, their sector is not listed in our districts so therefore it is listed under "other".

1) CENTRAL: Intimidation of a Witness – 10:06am.  Officers made contact with a suspect (28-year-old AAM) who was reportedly intimidating witnesses for a trial that is in progress.  The suspect was located and arrested.  Investigation continuing.

2) NORTH: Death Investigation – 11:16am.  Officers responded to a north side residence for a deceased subject (50-year-old WF).  The subject had recently overdosed and had been hospitalized.  Medical Examiner's office responded.  Investigation continuing.

3) CENTRAL: Missing Juvenile/Runaway – 12:59pm.  Officers responded to a report of a missing 3-year-old child.  The child was found safe in the basement of the residence.  No concerns noted.  No further action deemed necessary by the police.

4) CENTRAL: Adult Arrested Person – 2:34pm. Officers assisted Probation & Parole with a home visit on Bassett St. While at the address, a wanted suspect (31-year-old AAM) was located and arrested for several outstanding warrants, in addition to new charges for resisting/obstructing a police officer and possession of drug paraphernalia. The suspect was taken to the Dane County Jail.

5) WEST: Adult Arrested Person/Retail Theft – 3:29pm. MPD was notified by Columbia County Sheriff's Department that they were in contact with a subject (20-year-old WF) who had run out of gas at the county line and had an active warrant for a retail theft committed earlier in the week at West Towne Mall. The driver was arrested and taken to the Dane County Jail.

7) NORTH: Suspicious Person – 4:52pm. Officers responded to 1820 E Washington Ave (Burr Jones Park) for a report of a suspicious person who had left a large duffel bag in the park. The bag was checked and was found to contain basketball gear.

10) EAST: Information/Sexual Assault – 9:07pm. Officers contacted a subject (26-year-old AAF) in the Dane County Jail who wanted to report that she had been sexually assaulted during a party that occurred in July somewhere on the east side of Madison. Investigation continuing.

11) WEST: Domestic Disturbance – 10:01pm. Officers responded to the 7000 block of Flower Ln for a report of a domestic disturbance. The victim and suspect (30-year-old AAM) had been arguing about a shared vehicle when the suspect took the victim's phone and broke it. The suspect was arrested for domestic damage to property and felony bail jumping and was taken to the Dane County Jail.

12) EAST: Traffic Crash/OMVWI – 10:37pm. Officers responded to Hwy 12 at S Stoughton Rd for a report of a rollover crash. Investigating officers determined that the driver (33-year-old WF) was under the influence of alcohol. The driver was arrested for 1st offense OMVWI and deviating from traffic lane.

13) MIDTOWN: Residential Burglary – 12:27am. Officers responded to the 800 block of N Gammon Rd for a report of a burglary. Officers learned that multiple items had been taken from the residence on the previous day, including a handgun, gaming system, and laptop. The residents believed a subject (24-year-old AAM) who had been kicked out of the residence recently was involved. Investigation continuing.

14) NORTH: Weapons Offense – 4:39am. Officers responded to the 2900 block of Hoard St for a report of a person with a gun. Investigating officers learned that the suspect (48-year-old WF) had approached two acquaintances (26-year-old AAF; 35-year-old AAF) and inquired with them about where she could obtain drugs. Believing that the suspect was already under the influence of drugs, the two subjects tried to talk with the suspect and make sure she was okay. When they didn't provide the suspect with the information she wanted, the suspect produced a handgun and pointed it at the victims. The suspect was ultimately contacted and arrested by officers and taken the Dane County Jail. Investigation continuing.