For a few years now, the daily Chief's blog has provided an overview of noteworthy incidents that MPD responded to the previous day.  For the most part, the incidents highlighted in the blog were handled by MPD patrol officers and patrol sergeants.  While the patrol function reflects the core/critical service that MPD provides to the community, there are a variety of other functions and work units within MPD.  These units also provide vital services to the public, and ideally work to reduce the demand for MPD patrol services.  I plan on highlighting the work of some of these units throughout the year, to provide a broader perspective on the work of the department.   I hope to provide an overview of one unit/function about every week during 2020.

The Central CPT works a schedule that allows them to be present later into the night and early morning hours to address issues with bar-time crowds. This also allows them to assist patrol officers with calls for service, which peak at bar time on the weekends. These officers are our subject-matter experts regarding liquor licenses and tavern safety. They perform tavern safety inspections, help put together tavern safety plans, and provide training to licensed establishments on best practices. They were also instrumental in working with downtown taverns on the "1:30am No New Entry" initiative that many bar owners in the Downtown Entertainment District agreed to, in an effort to curb bad behavior just prior to and following bar time.

One of the advantages of a team such as the CPT is that they are not generally tied to calls for service. This allows the District to use them for a variety of different issues, ranging from community events, traffic and pedestrian safety projects, problem-solving efforts both short and long term, and responding to complaints that need more time and attention than is practical for a patrol officer to handle.

Some of the initiatives that the Central CPT participated in over the past year were Walk the Square, Walk James Madison, Mifflin Street Safety Meeting, Hydrate John Nolen, Salvation Army Thanksgiving food service, assisting Amigos en Azul, Halloween Downtown, and providing additional resources during special events throughout the Central District. In addition to these initiatives, these officers performed investigative work and surveillance on reported drug houses, provided extra patrol for reports of nuisance activity in the parks, and attended numerous neighborhood meetings and City of Madison committee meetings.

Lastly, I would be remiss if I didn't mention the talent that these officers bring to the department outside of their regular duties. Officers on this team help in many different Police Department teams and initiatives, including our Unmanned Aircraft Systems Team, Amigos en Azul, Cultural Competency Group, Promotional Committee, SWAT, Special Events Team, and MPD Pride. Central CPT members also act as background investigators, recruit mentors, EVOC instructors, firearms instructors, OWI Master Trainers, and field training officers. Additionally, CPT officers are sometimes used to fill known patrol vacancies. These ancillary assignments are done as their schedules allow and events across the city dictate their needs. 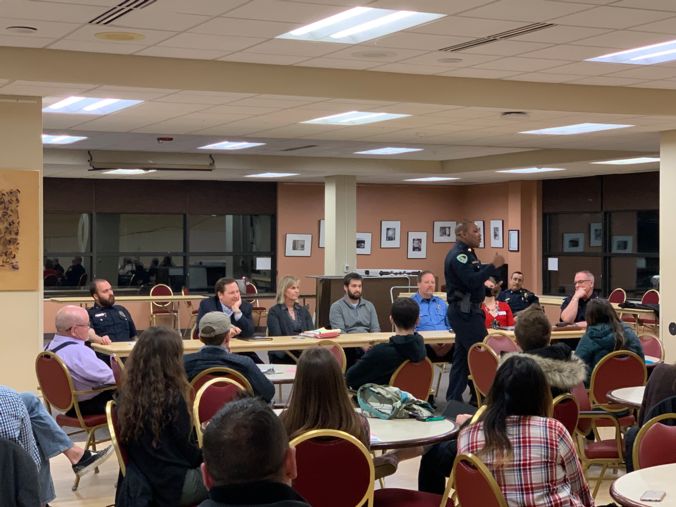 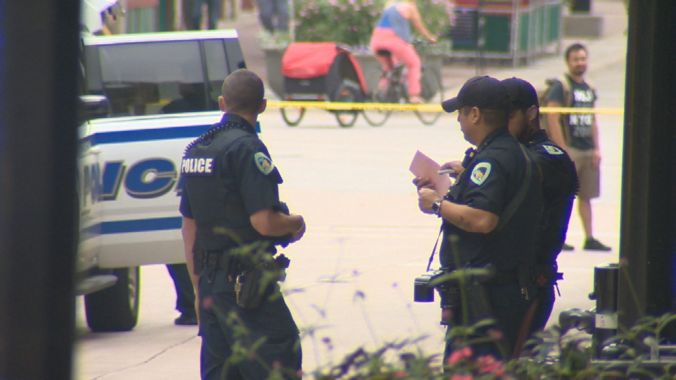 EAST: Weapons Offense – 9:20 a.m. Officers responded to an injured person at a local hospital.  The injured party did not provide any detailed information as to how the injury occurred and gave false information as to where they are currently living. Investigation continuing.

NORTH: Check Person – 9:53 a.m. Officers responded to a north residence for a suicidal subject.  MPD consulted local hospital staff to determine the placement of the subject.

MIDTOWN: Check Property – 10:30 a.m. Officers responded to a report of "students running out of a garage port" of a midtown district residence.   Officers contacted a group of juveniles nearby and determined that no crime occurred.

SOUTH: Injury Crash – 11:03 a.m. Officers investigated a rollover crash on Highway 12/18 at John Nolen Drive.  The driver admitted to being inattentive.  No significant injuries to any involved parties.  The driver was cited and released.

CENTRAL:  Conveyance – 1:06 p.m. Officers responded to the library reference a subject reporting that they had consumed a large amount of pills in a suicide attempt.  MPD consulted with hospital staff and Journey Mental Health and a safety plan was established.

NORTH:  Disturbance – 3:20 p.m. Officers responded to a North side residence because a juvenile subject walked over to the neighbor's house indicating that an adult visitor at the juvenile's residence was "going all crazy."  When officers contacted the suspect (30-year-old male), he fought with officers and resisted as they tried to take him into custody.  The suspect was arrested for a warrant, physical abuse to a child, strangulation, disorderly conduct, resisting and criminal damage to property.

EAST: Drug Overdose 3:20 p.m. Officers responded to and east side intersection regarding an unconscious subject stopped in the middle of the roadway.  When officers arrived, MFD was already tending to the subject who admitted to drug use.  The suspect (29-year-old male) was arrested for 3rd offense OMVWI, bail jumping and multiple traffic violations and taken to the Dane County Jail.

CENTRAL:  Assist MFD/Check Person – 3:29 p.m. Officers responded to a central district residence reference a subject who called 911 stating that they had just consumed a large amount of pills.  As MFD was escorting the subject to be conveyed, the subject began having a dangerously bad reaction to the medication they had consumed.  The subject was left in the care of a local hospital and MPD will be notified if they anticipate that the subject will be released.

WEST:  Stolen Auto – 3:41 p.m. Officers responded to a west side residence reference a report of a stolen auto.  The victim explained that they were unloading their vehicle after shopping and left the garage door open with their keys and personal belongings inside the vehicle.  Approximately thirty minutes later the spouse arrived home and noted that the vehicle was missing.  The suspects (two males) attempted to use the victim's credit cards at a local shopping mall.  Investigation continuing.

NORTH: Drug Overdose – 7:12 p.m. Officers responded to a north side residence after a subject called 911 stating that their son needed medical help.  MFD arrived prior to police arrival and were tending to the subject.  Officers noted drug paraphernalia in plain view inside the residence. The subject (23-year-old male) was conveyed to a local hospital and cited for possession of drug paraphernalia.

CENTRAL:  Domestic Disturbance – 7:38 p.m. Officer were dispatched to a central district market to speak with a subject who reported to staff that they fled from their boyfriend after a fight.  Officers spoke with the victim and located the suspect nearby.  The suspect (19-year-old male) was arrested for domestic disorderly conduct, intimidation of a victim, damage to property and robbery and taken to the Dane County Jail.

WEST: Domestic Disturbance – 9:16 p.m. Officers responded to a west district residence reference a domestic disturbance.  The suspect (36-year-old male) left just prior to police arrival, but officers were able to stop the suspect in his vehicle.  Officers had to fight with the suspect who resisted arrest.  The suspect was arrested for domestic disorderly conduct, resisting, and a warrant and taken to the Dane County Jail.

WEST: Domestic Disturbance – 1:35 a.m. Officers responded to a west district residence reference a domestic disturbance.  The victim called 911 indicating that their brother was armed with a knife and creating a disturbance. The suspect (23-year-old male) was cooperative with police and was arrested for domestic disorderly conduct while armed.