As we continue to navigate all that comes before us in law enforcement, it is important that we stay connected in issues that impact us at both the national and local levels. One such issue is that of immigration.  Last week we had an opportunity to do just that as our department was invited to the White House in Washington D.C. to participate in a discussion on common sense immigration reform.  This is not only an important issue for us here in Madison, one that I strongly support, but it is also a great opportunity for MPD to be involved in this discussion.  Assistant Chief Gaber represented our department for this event and provides some insight from the discussion held at the White House.

On May 13, 2014 I had the honor to attend a special event at the White House in Washington D.C. to talk about immigration reform and the pending legislation that was introduced in 2013 to fix our immigration system. Those in attendance at this event included a number of Police Chiefs and Sheriffs from large cities and counties across the United States.  Also participating in the event were a number of high ranking government officials that included: Alan Bersin, Assistant Secretary of the Department of Homeland Security; Alejandro Mayorkas, Deputy Secretary of the Department of Homeland Security; Jeh Johnson, Secretary of the Department of Homeland Security; Cecilia Munoz, White House Domestic Policy Council; Tony West, Assistant Attorney General and President Barack Obama.

This was an excellent opportunity for the City of Madison and the Madison Police Department to be represented here as the many issues surrounding immigration affects all communities across the Country, including ours.  While it would be impossible to adequately summarize all that was discussed at this event, I would like to include a few points made by Assistant Attorney General Tony West and President Obama.

1. Immigration Laws need to comport with American values.  Two of the American values we hold dearly are human dignity and the respect for the sanctity of the family unit.  The current immigration law tears families apart and is not consistent with these values.

2. The need to promote trust between the immigrant community and police.  Our communities are less safe when we do not know who is in our community. Current immigration law and deportation practices force people in the shadows, afraid of being identified.  This makes local law enforcement more difficult as individuals affected by the current immigration law don't want to cooperate with investigations, report crimes, or share in the task of investing in our communities to make them safer.

3. Reform will help facilitate stopping the black market of illegal activity associated with illegal immigration.  There is a dark side to illegal immigration involving organized groups and individuals who exploit the immigrant population and current conditions surrounding immigration.  These include drug exportation, human trafficking, employment exploitation, etc.  Common sense reform can ultimately reduce this activity.

5. We need to continue to improve border security to ensure the safety of our communities.  The President's proposal strengthens and improves infrastructure at points of entry, facilitates public-private partnerships aimed at increasing investment in foreign visitor processing and continues the use of technologies that help to secure the land and maritime borders of the United States.

While we understand that this is a complex topic with far-reaching political and procedural implications, we can never lose sight of the fact that immigration and the interpretation and practices of our current laws impacts human beings.  The politics often responsible for failed movement or unnecessary delays cannot hinder us at the local level from completing our mission of providing high quality police services to ALL members of the community while treating ALL people with dignity and respecting individual and constitutional rights.  Our goal of keeping our community safe, improving the quality for our citizens and prioritizing our work to achieve these goals is more important to local law enforcement than enforcing civil immigration laws.

Our Department's initiatives such as Amigos En Azul, the Latino Youth Academy and our Car Clinics, as well as our ongoing involvement and partnerships with Centro Hispano, La Movida radio station and the Latino Professionals Association continue to put our department and our employees in a good place to make positive connections in our community.  I shared these initiatives and relationships with Secretary Johnson and Assistant Attorney General West to emphasize the importance that local law enforcement plays in this issue and the proactive efforts we can take to make a difference in our communities.  There is no question that we serve our community better when we maintain our focus of community safety while engaging our citizens to be equal partners in this effort.


The attached link is a video of President Obama speaking about immigration reform at the event I attended:  http://www.whitehouse.gov/photos-and-video/video/2014/05/13/president-obama-speaks-immigration-reform

For a link to see more details on the pending legislation on Immigration Reform, please go to: http://www.whitehouse.gov/issues/immigration 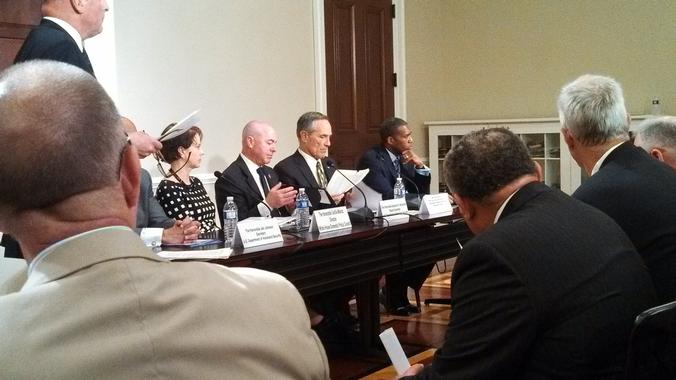 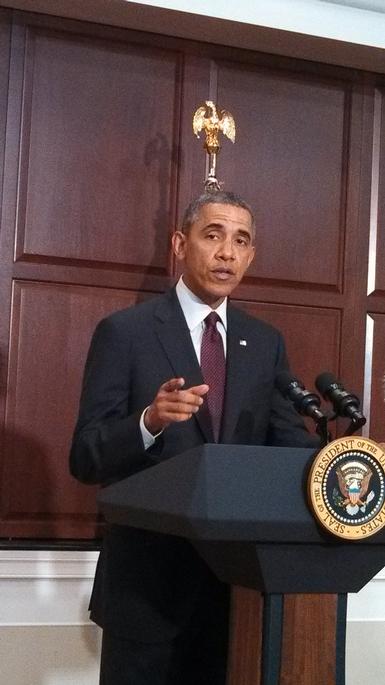