In 2019, the Madison Police Department received nearly 900 traffic-related complaints through both the 'Speeders Hotline' (608-266-4624) and online submissions.  TEST provides proactive education and enforcement based on citizen complaints, crash data and known hotspots.  In 2019, TEST issued traffic citations and/or warnings for over 3,000 hazardous traffic violations. 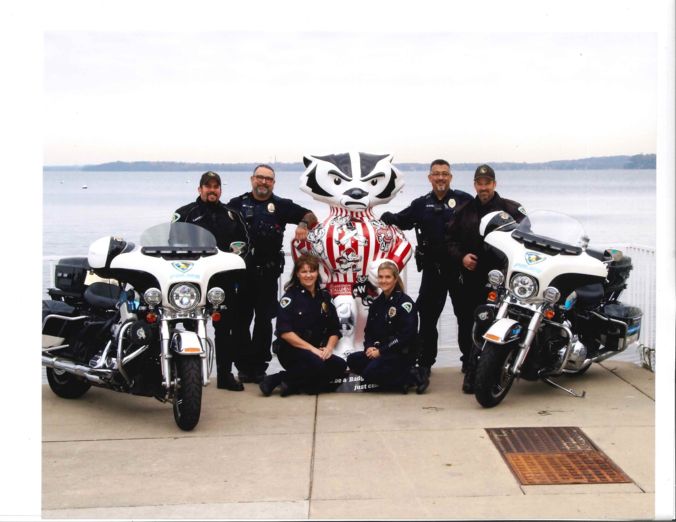 SOUTH: Traffic Incident – 7:51 a.m.  As MPD was conducting a traffic stop (Fish Hatchery Rd), another vehicle/driver passed within inches of the officer's squad, laid on his horn and swerved closer to the vehicle that the officer had stopped.  The vehicle/driver (28-year-old male) was located at a nearby business.  The driver was cited for reckless driving.

NORTH: Check Area – 8:07 a.m. Officers responded to Morrow Court to check on a suspicious vehicle occupied by four subjects.  The vehicle was confirmed to be reported stolen.  A loaded gun was recovered from the vehicle and four subjects were detained.  Drugs were also located in the vehicle.  Investigation continuing.

MIDTOWN: Adult Arrested Person – 9:55 a.m.  Officers contacted a subject/suspect (18-year-old male) on school grounds due to information that he was in possession of a handgun.  A search of the suspect's backpack yielded a handgun with rounds loaded in a magazine.  The suspect was arrested and charged with possession of a firearm in a school zone.  Additional charges may be forthcoming.

MIDTOWN: Death Investigation – 10:33 a.m.  Officers responded to a Midtown district residence for a subject down.  Lifesaving measures were attempted but not successful.  The subject (51-year-old male) was pronounced deceased.  Medical Examiner's office responded.  The decedent had health concerns.  Nothing suspicious identified on scene.

EAST: Missing Adult – 1:30 p.m.  Officers received a report of a missing adult (24-year-old male) with mental health concerns.  Attempt to locate aired.  The subject was entered as missing in the appropriate databases.

MIDTOWN: Stolen Vehicle – 7:30 p.m.  Officers responded to the 6800 block of Odana Rd for a stolen vehicle.  The vehicle was left running, unlocked and unoccupied.  Attempt to locate aired.  The vehicle was listed as stolen in the appropriate databases.

NORTH: Weapons Offense/Shots Fired – 8:13 p.m.  Officers responded to the 1700 block of Northport Drive for reports of shots fired and subjects seen running from the area, along with a vehicle leaving the area.  Subjects not on scene when officers arrived.  No reports of injuries or property damage at this time.

EAST: Retail Theft – 8:33 p.m.  A juvenile (16-year-old female) was arrested at the Walgreens in Monona for attempting to steal merchandise.  The juvenile had stolen items from a store off Zeier Rd and also at a store in Janesville.  The juvenile was booked into the Juvenile Reception Center.

EAST: Stolen Vehicle – 8:53 p.m.  Officers responded to Glacier Hill Drive for a report of a stolen vehicle from an open garage.  Attempt to locate aired.  The vehicle was listed as stolen in the appropriate databases.

CENTRAL: Retail Theft – 11:04 p.m.  Officers responded to Kelly's Market in the 600 block of W. Washington Ave for a female subject causing a disturbance, assaulting a staff member and stealing cigarettes.  The female subject fled in a vehicle.  Once identified and located, the suspect will be charged with theft, disorderly conduct and battery.

CENTRAL: Drug Incident – 12:54 a.m.  Officers responded to the 100 block of E. Mifflin St for a subject/suspect (40-year-old male) selling drugs.  The suspect was detained.  Drug paraphernalia and a knife was located on the suspect.  The suspect was arrested for carrying a concealed weapon and two counts of bail jumping.

CENTRAL: Drug Incident – 1:06 a.m.  Officers responded to the 1000 block of Williamson St for a subject/suspect (29-year-old male) experiencing a drug overdose.  The suspect was administered Naloxone and CCR was performed on him prior to officers arriving.  The suspect was cited for possession of heroin and bail jumping.