Yesterday marked what would have been the 6th birthday for Dominic May, a youngster who was killed tragically in an accident last year.  In the midst of sorrow and despair, I was amazed at how this child's death galvanized a community into understanding the fragility of life, the importance of  living each day to the fullest, celebrating our relationships, treasuring the memories we build, offering forgiveness, and relying on faith and love to elevate us through trials and tribulations.  In a world filled with violence, grief, hate and fear, it is a blessing to have inspirational moments of goodness and light.  Dominic was/is that shining moment for many of us fortunate enough to have been touched by his all-too-brief life.  But it is not the amount of time spent here on earth, it's the difference you made while here!

To see what Dominic's family has done to continue to see that his legacy lives on through good works, visit the website that has been established and view some of the "happy birthday" wishes that were shared yesterday on Facebook: 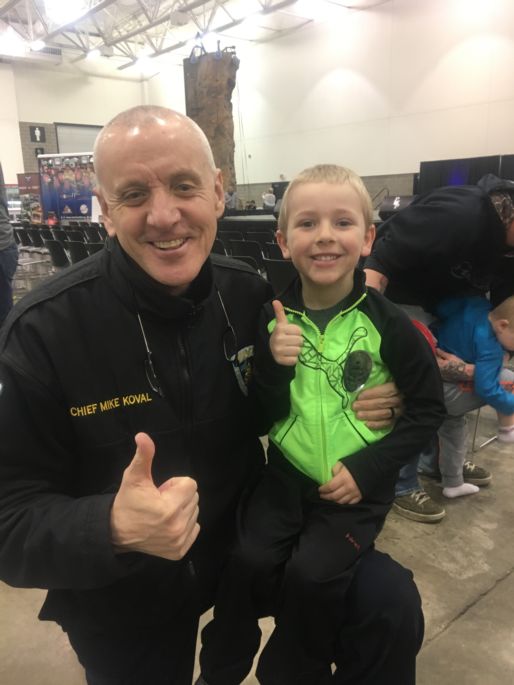 To further break down the 484 calls for service for the past 24 hours this is how the calls came in per district: Central (110), East (107), Midtown (73), North (72), South (38), West (57), and Other (27).  Other=these are calls for service that either do not have a sector listed or the sector is not in the City.  For example, if one of our officers assists another law enforcement agency, their sector is not listed in our districts so therefore it is listed under "other."

1) EAST: Death Investigation – 9:45 am.  A subject (72-year-old WF) was found deceased in her residence by her roommate.  The decedent had numerous medical issues.  Nothing suspicious was found on scene.

2) MIDTOWN: Disturbance – 11:26 am.  Officers responded to Old Middleton Rd where a subject (16-year-old WF) inside a van had damaged a window in the vehicle.  Officers assisted in removing the subject from the van and returning her to her residence where she was left with her caretakers.

3) NORTH: Sex Offense Misc – 11:57 am.  A 911 caller (38-year-old WF) at the north transfer point reported observing a suspect (65-year-old WM) engaged in inappropriate sexual behavior on the platform.  The incident was captured on Madison Metro video surveillance.  The suspect attempted to flee on foot but was apprehended by officers and charged with lewd and lascivious behavior.  Investigation continuing.

4) NORTH: Information/Sexual Assault of a Child – 1:18 pm.  Officers responded to a north side residence to assist CPS with an investigation into an incident where the victim (11-year-old WF) was reporting her brother (12-year-old WM) made inappropriate sexual contact with her.  Investigation continuing.

5) CENTRAL: Emergency Detention – 2:47 pm.  Officers responded for a subject (68-year-old WM) with mental health issues who had become unable to care for himself.  The subject was placed into protective custody and transported to WMHI.

6) NORTH: OMVWI – 4:08 pm.  Officers responded to the intersection of Packers Ave and Commercial Ave for a crash with an unconscious driver/suspect (36-year-old HM).  The suspect had pulled over for an ambulance and then backed into another vehicle.  The suspect was arrested for OWI 2nd offense, operating after revoked, unsafe backing and failure to install ignition interlock device (IID).  Investigation continuing.

8) MIDTOWN: Residential Burglary – 6:46 pm.  Officers responded to a residence in the 5000 block of Hammersley Rd where a victim (66-year-old WF) reported discovering an open door which she believed had been locked when she was last at the house.  The residence appeared to have been rummaged through but the victim was unable to determine if anything had been taken.  Investigation continuing.

9) CENTRAL: OMVWI – 12:55 am.  Dispatch received a call from a resident in the area of Williamson St and S Dickinson St who heard "screeching" from a vehicle in front of the home.  Officers responded and contacted a driver/suspect (24-year-old HM) who had struck a parked car and veered onto the sidewalk.  The suspect was arrested for OWI 1st offense.  Investigation continuing.

10) CENTRAL: Intoxicated Subject – 1:17 am.  Officers responded to Winnebago and S 5th St for a suspect (22-year-old WM) down in the grassy area near the roundabout.  Officers discovered the suspect was wanted for a probation violation and he was conveyed to the jail.  Investigation continuing.

11) WEST: ATL Person/Adult Arrested Person – 3:06 am.  A suspect (55-year-old AAM) wanted for retail theft contacted police to turn himself in.  Officers responded to the suspect's residence and conveyed him to jail.  Investigation continuing.