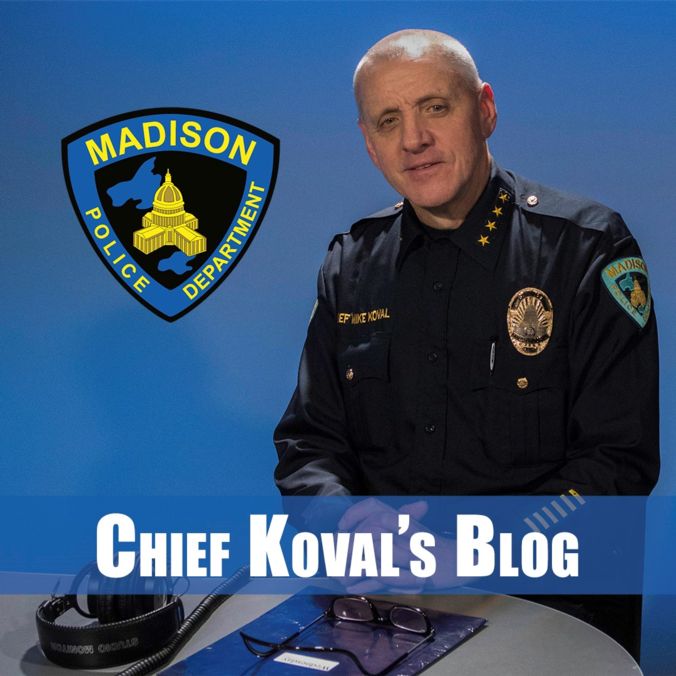 The five-year average for robberies occurring in the month of January is 20.  The 24 robberies from last month puts us at a 20% increase when looking at our averages.

More details about the robberies from January:

* The provided stats are based upon the best data available at the time of publication.

To further break down the 418 calls for service for the past 24-hours, this is how the calls came in per district: Central (73), East (80), Midtown (63), North (58), South (28), West (87), and Other (29).  Other=these are calls for service that either do not have a sector listed or the sector is not in the City.  For example, if one of our officers assists another law enforcement agency, their sector is not listed in our districts so therefore it is listed under "other".

**Limited crash response due to calls for service/weather.

1) CENTRAL: Domestic Disturbance – 7:37 a.m.  Officers responded to E. Main Street for a domestic disturbance between two subjects (23-year-old WF victim and 28-year-old WM suspect).  The couple were engaged in a verbal argument when it escalated.  The suspect pushed and held the victim down.  The suspect was arrested for domestic disorderly conduct.

2) EAST: Missing/Runaway Juvenile – 11:23 a.m.  Officers received a report of a missing/runaway juvenile (15-year-old WF).  The juvenile has a history of running away.  No safety concerns identified.  Attempt to locate aired.  The juvenile was listed as missing/runaway in the appropriate databases.  Investigation continuing.

3) CENTRAL: Check Person – 11:44 a.m.  Officers received a request to check the welfare of a subject (51-year-old WF) on E. Washington Avenue.  The subject was contacted, placed into protective custody and conveyed to Detox due to her intoxication level.  Investigation continuing.

4) NORTH: Death Investigation – 2:46 p.m.  Officers responded to a north side residence for a deceased subject (44-year-old WM).  Decedent's history and evidence on scene suggests the death occurred due to drug use.  Nothing suspicious observed on scene.  Medical Examiner's office responded.  Investigation continuing.

5) MIDTOWN:  Information/Suspicious Person – 3:40 p.m.  Officers met with a victim (52-year-old WF) who reported a WM subject contacted her and made inappropriate comments.  Area cameras were checked and the suspect was not observed.  Investigation continuing.

6) MIDTOWN: Check Person – 5:49 p.m.  Officers responded to a Midtown residence regarding a subject/suspect (63-year-old WM) who was armed with a handgun and threatening suicide.  The suspect was taken into protective custody without incident and conveyed to a local hospital.  While at the hospital, the suspect became uncooperative and kicked an officer in the head/face.  Journey Mental Health consulted.  Once released from the hospital, the suspect will be charged with battery to a police officer.  Investigation continuing.

7) EAST: Stolen Auto – 10:07 p.m.  Officers responded to E. Springs Drive for a report of a stolen auto.  The vehicle was left running, unlocked and unoccupied.  An officer observed the vehicle on E. Washington Ave and conducted a traffic stop.  The driver/suspect (27-year-old AAM) admitted to taking the vehicle without permission.  The vehicle was returned to its owner and the suspect was arrested for operating a motor vehicle without consent (OMVWOC).

8) SOUTH: Missing/Runaway Juvenile – 10:21 p.m.  Officers responded to the 1100 block of S. Park St for a report of a missing/runaway juvenile (15-year-old MRF).  The juvenile's parent was in contact with her via social media, but the juvenile refused to come home or say where she was.  Attempt to locate aired.  Areas checked. No safety concerns identified.  The juvenile was listed as missing/runaway in the appropriate databases.  Investigation continuing.

9) EAST: Crash/Intoxicated Driver – 10:35 p.m.  Officers responded to Hwy 12/Millpond Rd for a single-vehicle roll-over crash.  The driver/suspect (21-year-old WM) was determined to be under the influence.  The suspect admitted to taking non-prescribed Xanax.  The suspect was transported to jail on a 12-hour hold and charged with operating a motor vehicle while intoxicated (1st offense).

***A vehicle that was stolen in Madison was recovered in Kansas City, Missouri.  There were 5 subjects/suspects in the vehicle and they were all arrested.  Suspects: 28-year-old AAM, 36-year-old WF, 27-year-old AAF, 42-year-old AAM and one additional suspect (demographic information not known at time of this writing).  Investigation continuing.