Milwaukee Police Officer Matthew Rittner died in the line of Duty on February 6, 2019.  Today, memorial services are being held in his honor.  At just 35 years of age, he was shot and killed as he and members of his Tactical Enforcement Unit executed a search warrant.  Rittner had 17 years of law enforcement experience and also served in the Military in the United Stated Marine Corps where he completed multiple tours of duty.  Rittner leaves behind a wife and a child.

MPD will be sending members of our Honor Guard and SWAT to memorialize Rittner's service.   Please keep the Milwaukee PD and members of Rittner's family/friends in your thoughts and prayers as we do today. 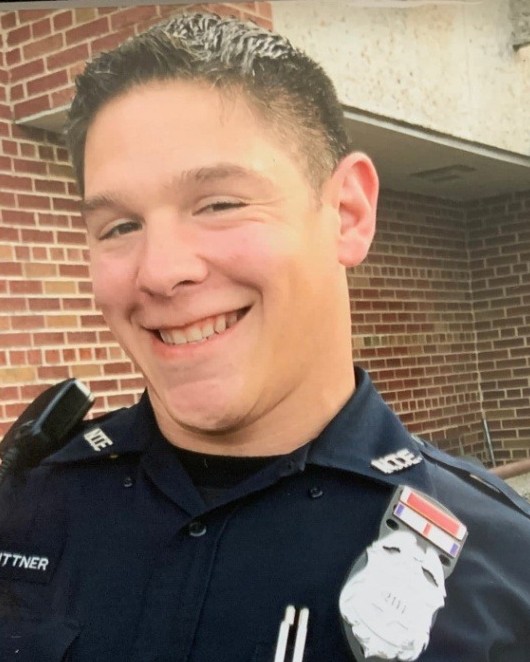 To further break down the 428 calls for service for the past 24-hours, this is how the calls came in per district: Central (90), East (83), Midtown (63), North (72), South (35), West (51), and Other (34).  Other=these are calls for service that either do not have a sector listed or the sector is not in the City.  For example, if one of our officers assists another law enforcement agency, their sector is not listed in our districts so therefore it is listed under "other".

1) WEST: Death Investigation – 7:33 a.m.  Officers responded, along with MFD, to a hotel on the far west side regarding a pulseless non-breathing subject (42-year-old AAF).  The subject was pronounced deceased at the scene.  Initial indicator of death is a drug overdose.  Medical Examiner's office responded.  Investigation continuing.

2) MIDTOWN: Detox Conveyance – 8:10 a.m.  Officers responded to a local hospital to convey a subject (19-year-old UM) to Detox.  Officers had previously been at the hospital to assist hospital staff with the subject who was being combative.  The subject had calmed down and was medically cleared, so therefore a conveyance to detox was the next step.  The conveyance was completed.

3) WEST: Arrested Subject – 9:09 a.m.  Officers were requested to check for an eloped subject (17-year-old WF) on Frisch Rd.  The subject was located and taken into custody without incident.

4) CENTRAL: Weapons Offense – 10:45 a.m.  Officers responded to a central district residence regarding a juvenile (8-year-old AAF) wielding a shovel and threatening family members.  The juvenile has a history of aggressive/assaultive behaviors.  Officers arrived and were able to calm things down.  No injuries reported.  Family members consulted regarding resolution.  The juvenile was taken into custody and conveyed to the Juvenile Reception Center.  Charges pending.  Investigation continuing.

5) NORTH: Drug Incident Overdose – 2:03 p.m.  Officers responded to the Chick-fil-A at 4212 E. Washington Ave for a subject (28-year-old WF) experiencing an overdose.  The subject was conveyed to a local hospital.  Once medically cleared, the subject will be transported to jail for possession of heroin, misdemeanor bail jumping, felony bail jumping and five outstanding warrants.  Investigation continuing.

6) MIDTOWN: Check Person – 3:10 p.m.  Officers responded to N. Blackhawk Avenue regarding a subject (52-year-old WF) who was actively cutting herself.  The subject was placed under protective custody and conveyed to a local hospital.  Investigation continuing.

8) CENTRAL: Adult Arrested Person – 5:12 p.m.  Officers responded to the Subway on W. Main St for a suspect (66-year-old AAM) causing a disturbance.  The suspect was arrested for disorderly conduct.  **Officers have had frequent contact with this suspect recently for causing disturbances.

9) EAST: Domestic Disturbance – 8:38 p.m.  Officers responded to East Springs Drive for a domestic disturbance between two subjects (33-year-old AAM victim and 25-year-old AAF suspect).  The suspect punched the victim and hit him in the head with a glass bottle.  The victim lost consciousness.  The suspect damaged items belonging to the victim.  The suspect was arrested for substantial battery, disorderly conduct and criminal damage to property (all domestic-related charges).  The victim was conveyed to a local hospital for treatment.  Further investigation substantiates a charge of disorderly conduct for the victim, once he is released from the hospital.  Investigation continuing.

10) EAST: Assist Law Enforcement – 12:57 a.m.  Officers assisted the Dane County Sheriff's Department, who was involved in a vehicle pursuit, by offering to provide spike strips in an attempt to stop the vehicle.  MPD was not involved in the actual pursuit. The vehicle/suspect(s) left the area before spike strips could be deployed.  No further action deemed necessary by MPD officers.

11) MIDTOWN: Domestic Disturbance – 1:08 a.m.  Officers responded to Allied Drive for a domestic disturbance between two subjects (36-year-old HF victim and 17-year-old HM suspect).  The suspect is the victim's son.  The suspect became upset with his mother, armed himself with a knife and threatened to kill himself.  The suspect cut himself superficially several times and left the home before officers arrived.  The suspect was located, taken into custody and charged with domestic disorderly conduct.  Investigation continuing.

12) CENTRAL: Assist MFD – 2:37 a.m.  Officers responded, along with MFD, to a structure fire on W. Wilson St.  MPD assisted with establishing a perimeter.  MFD has the lead on this investigation.