Today we remember those who died, those who were injured, those who saved lives, the first responders and the family/friends of those affected on September 11, 2001.

In observance of the federally-recognized September 11th National Day of Service and Remembrance, we should consider the challenge to dedicate time to help others in the spirit of service, unity and peace as an ongoing tribute to the victims of 9/11, first responders and those who have joined our armed forces to defend freedom. 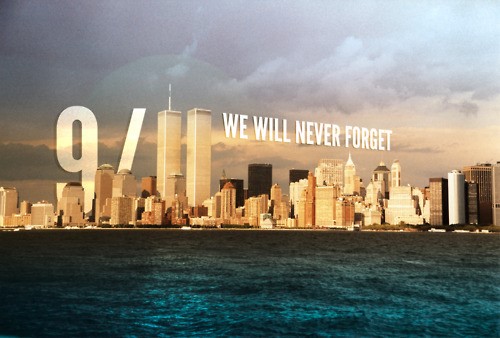 To further break down the 560 calls for service for the past 24-hours this is how the calls came in per district: Central (116), East (96), Midtown (88), North (73), South (59), West (79), and Other (49).  Other=these are calls for service that either do not have a sector listed or the sector is not in the City.  For example, if one of our officers assists another law enforcement agency, their sector is not listed in our districts so therefore it is listed under "other".

1) CENTRAL: Residential Burglary/Adult Arrested Person – 3:40 a.m.  Officers responded to the 400 block of W. Johnson St for a residential burglary.  The homeowner/victim (22-year-old AF) woke up to find an unknown suspect (23-year-old AAM) in her home.  Officers made contact with a subject/suspect matching the description provided by the victim.  Probable cause was developed and the suspect was arrested, conveyed to jail and charged with burglary, disorderly conduct (2 counts) and possession of schedule II narcotics. *This was a late call that did not make the previous 24-hour cycle call notes due to officers being involved at the scene and reports from the field were not yet typed.

2) SOUTH: Non-Residential Burglary – 8:00 a.m.  Officers responded to the Bridge Lake Point Waunona Neighborhood Center on Lake Point Drive for a report of an overnight burglary.  Items taken from the center included laptops and cash.  There was also damage caused to the building.  Investigation continuing.

3) NORTH: Strong Armed Robbery – 10:49 a.m.  Officers responded to the BMO Harris Bank on North Sherman Ave for a robbery.  A suspect (AAM) entered the bank and demanded money.  No weapon was observed and the suspect fled with cash.  Incident Report on MPD's website completed . Investigation continuing.

4) SOUTH: Adult Arrested Person – 1:01 p.m.  Officers arrested and conveyed a wanted suspect (71-year-old AAM) for a probation violation to jail.  Heroin was located on the suspect during a search.  The suspect was subsequently charged with possession of heroin.

5) MIDTOWN: Sex Offense – 2:18 p.m.  Officers were advised that a known suspect (37-year-old AAM) exposed himself to staff (at a mental health facility) and fled prior to officers arriving.  Once located the suspect will be charged with lewd and lascivious behavior.  Investigation continuing.

6) CENTRAL: Strong Armed Robbery/Adult Arrested Person – 4:45 p.m.  Officers responded to the 500 block of University Ave for a strong armed robbery.  The victim (22-year-old AF) was walking on University Ave when an unknown suspect (34-year-old WM) began tugging on her backpack.  The suspect stole the victim's wallet, pushed her and fled.  A witness confronted the suspect, knocked him to the ground and was able to get the wallet back with the assistance of other bystanders.  The suspect fled again on foot but was located/apprehended/arrested by officers.  The suspect required a medical clearance and was subsequently transported to jail and charged with strong armed robbery and disorderly conduct.

7) CENTRAL: Disturbance/Adult Arrested Person – 6:08 p.m.  Officers responded to Main/Pinckney for a disturbance between two subjects (35-year-old WM victim and 41-year-old AAM suspect).  The suspect knocked the victim to the ground and pinned him.  The suspect was arrested for battery, disorderly conduct and a probation hold.

8) CENTRAL: Disturbance/Adult Arrested Person – 11:13 p.m.  Officers responded to W. Mifflin St for a disturbance between two subjects (28-year-old AAF victim and 41-year-old AAF suspect).  A verbal argument between the two subjects turned physical.  The suspect chased the victim with a canister of OC.  The suspect subsequently pulled a knife out and threatened the victim.  The suspect was arrested for battery, disorderly conduct while armed, felon in possession of OC and felon in possession of a concealed knife.

9) NORTH: Drug Incident/Overdose – 11:59 p.m.  Officers, along with MFD/EMS, responded to Hoard St for a subject/suspect (41-year-old WM) experiencing an overdose.  MPD administered Naloxone and performed CCR on the suspect.  The suspect was revived, transported to a local hospital and cited for possession of heroin/drug paraphernalia.  The suspect was also referred to the Madison Addiction Recovery Initiative (MARI).

10) EAST: Domestic Disturbance/Adult Arrested Person – 12:07 a.m.  Officers responded to an east side residence for a domestic disturbance between two subjects (24-year-old AAM victim and 22-year-old AAF suspect).  The subjects are dating and were involved in a physical fight.  The suspect physically assaulted the victim and attempted to damage his property.  The suspect was arrested, conveyed to jail and charged with domestic disorderly conduct.